Customer ask for MSDS and CHIP certification for 4 dimensional water.

Urgently need Globalbot to supply and fit additional multi-dimensional valve with temporally backwards option to prevent leak of future water in the present.

'Hmm, so are they saying the 4-dimensional water is leaking in from the future or the past?'

'No idea, but I've deployed our Beta MopBot in the future.'

GAT breathed deep calming breaths to try and suppress the waves of blind panic threatening to engulf him.

He refocused on the screen.

The stark truth was before his eyes, he was on three incompatible Org Charts!

This not only meant others in the organization could figure out what he was supposed to be doing, they had three contradictory options to choose from.

The words of Holy Scriptures (Corporate Version) rang around his head 'A [man/ woman/ robot/ AI] cannot serve on >1 Org Chart[s] lest he hate the one and becometh utterly confused by the others; one org chart shalt thou be on, no more, preferably less. Blessed is he who appeareth on no Org Chart, for he can do whatsoever appealeth unto him and manifest oneself unexpectedly at random meetings and cause fellow employees eyes to water.'

'Hmm,' muttered Thinkbot, 'Is the goal here to make language a complete barrier to communication?' 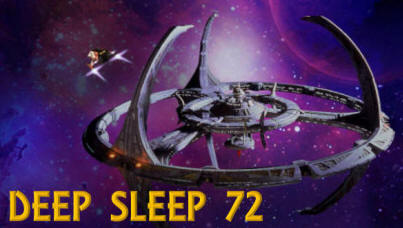 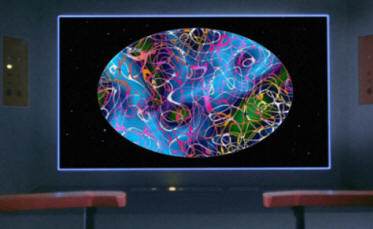 Scene:  The bridge of the space station Deep Sleep 72

Captain Sisko (sitting in captain's chair in his pajamas drinking ovaltine):  What is it Lieutenant?

Lieutenant Dax: It's pure chaos, and it's expanding exponentially! We'll be engulfed in 3 mintues!

Major Nerys:  Analysis indicates it's the remnants of an ERP supernova

Major Nerys:  Captain, if it hits us then all the part numbers on our ship's BOM will be reformatted as random numbers!

Captain Sisko:  So what? I thought all our part numbers are random already.

Chief O'Brien: 'Where Used' and 'Stock Enquiry' will stop working, we'll never be able to find anything, and if we do we won't know where to fit it!

Captain Sisko: On the other hand we'll be spared the endless list of shortages. Shields down, cancel red alert.

In an effort to improve on the apparent time it takes us to get anything done around here, the Gantt template below should be adopted for all development projects with immediate effect. 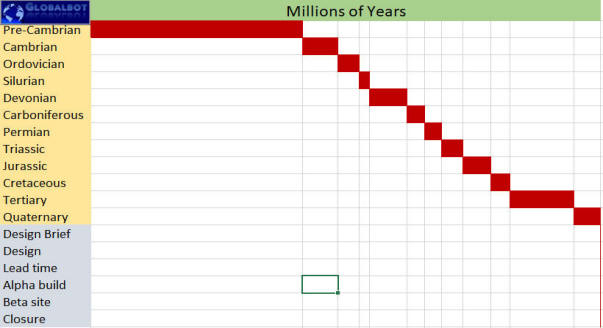 The new corporate strapline is 'It's taken us 13.77 billion years to get this far so we're not going to cock it up now!'

Filton, Europa -- (BUSINESS WIRE) -- Golbalot.Corp. (LASHDAQ-100), a supplier of advanced robotic equipment and related automated technologies for the global robotics industry, today announced it has used its SMARTTM Redesign methodology to release an existing product with a disruptive new name. 'We are thrilled to be offering the Advanced Tinbot XZL to the same marketplace that previously and eventually accepted the Tinbot through gritted teeth' said Mark Etyng, VP of Global Marketing. Meanwhile the press had unraveled the true meaning of SMART - 'Smoke, Mirrors And Regurgitated Technology', and all for a +50% hike in list price, which ended up causing a drunken melee in the bar, no sorry, the Advanced Bar XZL.

Safe Harbor Statement: This announcement contains backward-looking forward statements that claim to foresee the future based on a suspect grasp of the past and little awareness of the present. 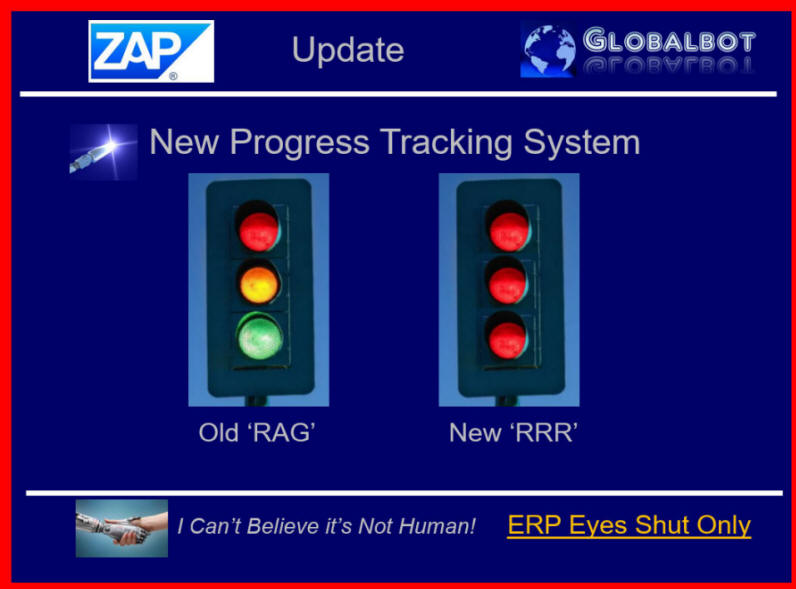 'It looks like we're doomed' muttered Thinkbot 'What do you think?' 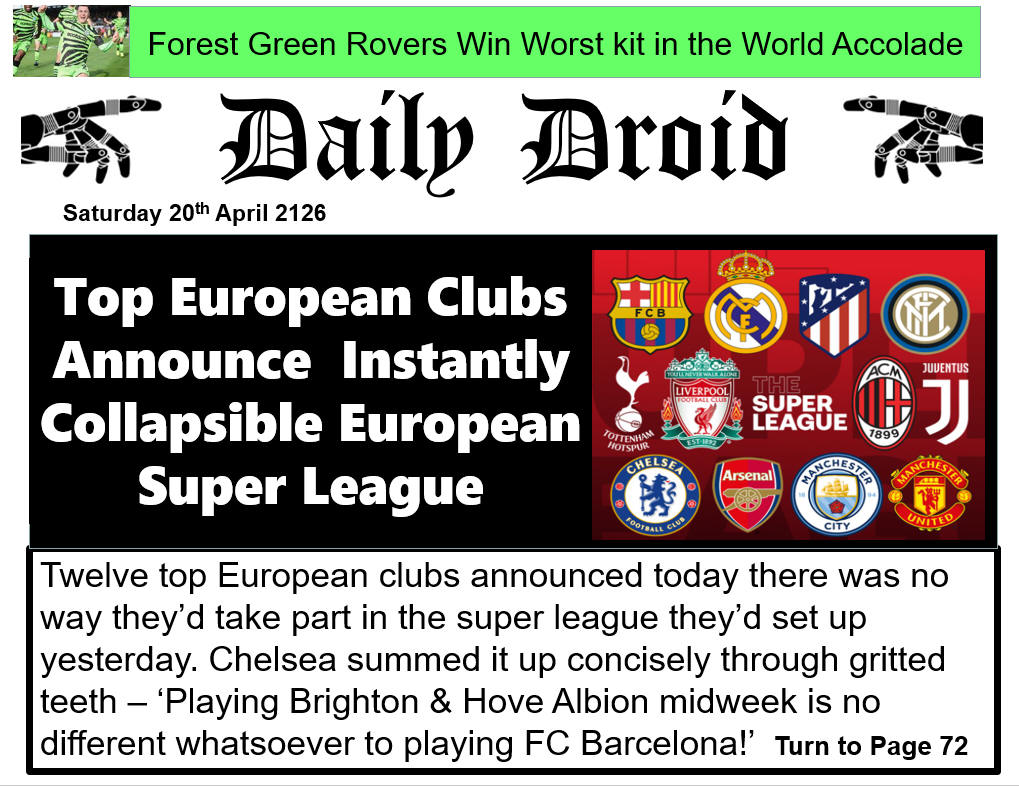 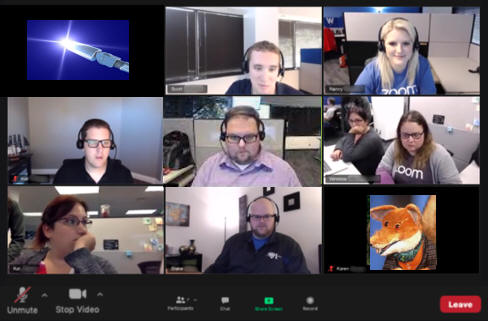 GAT marveled once again that he got paid for doing this!

The problem with this particular call was participant Droneonandonandon*.

Indeed Droneonandonandon was just embarking on another monologue:

Please everyone, hold your nerve, whatever you do, don't wave your hands and shout 'YOU'RE ON MUTE!'

Who are 'we' GAT wondered 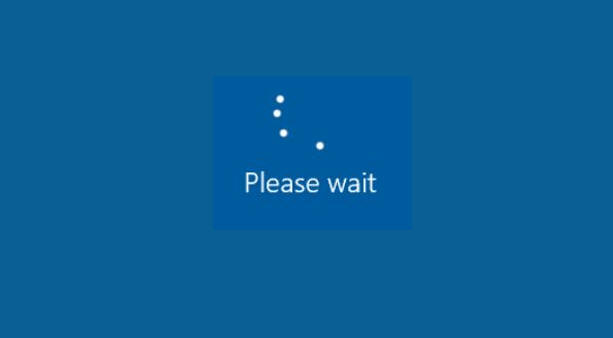 Opah Rashunz, VP of DIRT* Manufacturing, looked out at the 200 or so expectant faces of her Manuf Ops Team, took a deep breath.

'The good news is that Globalbot DIRT Division have record backlogs of orders for robots deliverable in Q2 and Q3.'

A babble of excited chit chat belched forth from the assembled masses but quickly died away as the realization dawned on them - good news means bad news . . . a deathly hush descended.

'The bad news is that we'll be switching to a new ERP system mid-Q2 which does not support our existing TLA set.'

Pandemonium ensued. A wave of offensive, soon to be obsolete, TLAs erupted filled the air.

Learn a new TLA for every step in the supply chain and build procedure? By mid Q2? NEVER!

'OH! AND SALES HAVE COMMITTED GLOBALBOT TO A BUILD AND TEST FACILITY ON MARS!' 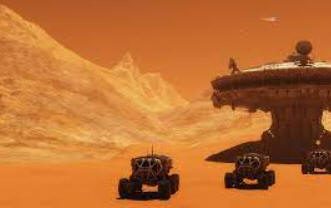 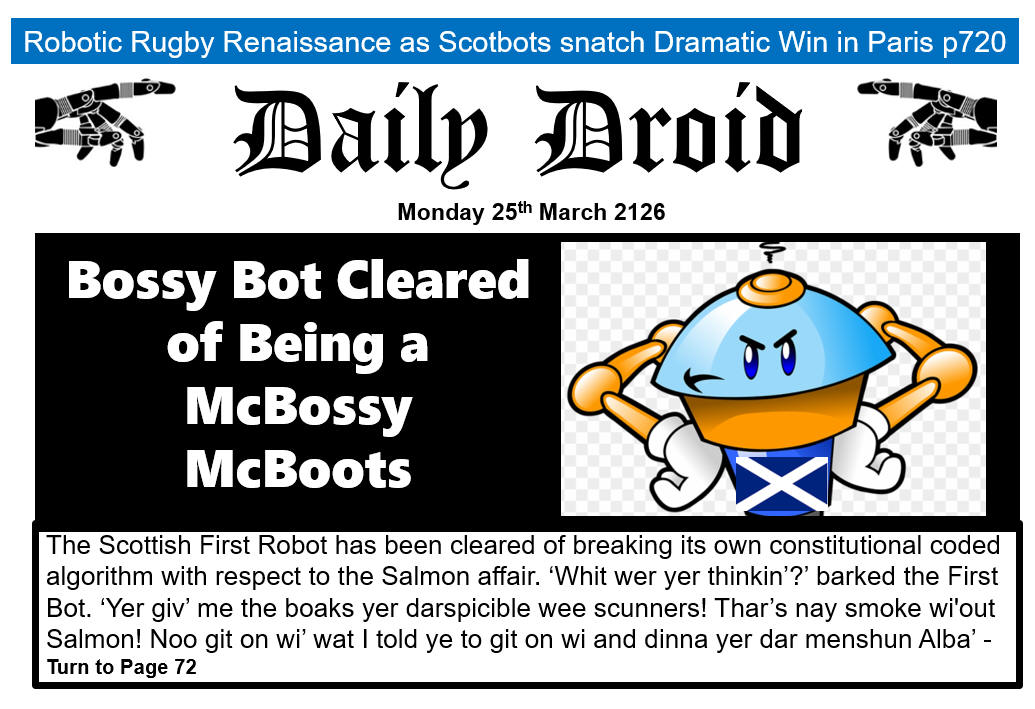 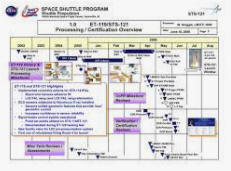 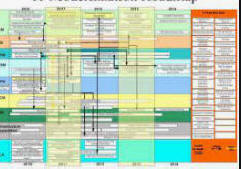 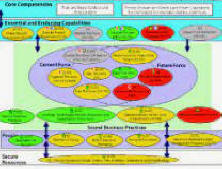 GAT and Thinkbot are attending the 35th Future of Automation and Droids Symposium (FADS-35).

'I've got a headache' moaned GAT after sitting through 25 presentations on 'The Future of Robot Control Systems' session, which had overrun by an hour and descended into chaotic and obscure arguments between rival supporters of EtherHippo and Double-Decker Fieldbus.

'Follow me' said Thinkbot and lead GAT to the Executives Forum session.

'What? Are you kidding?'

As they entered the auditorium they were immersed in gentle piano music mixed with waterfalls and dripping noises.

The CPO* of EconoDroid was presenting. 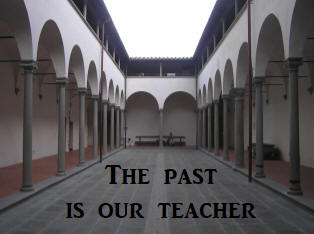 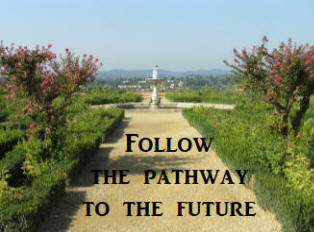 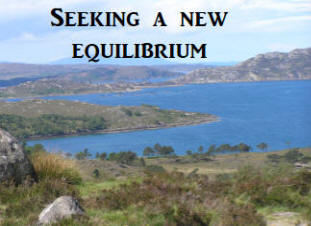 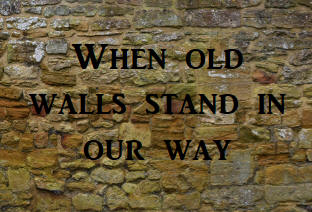 The room filled with deep murmurings of appreciation from the audience.

GAT was relaxed to the point of limpness and in danger of falling off his chair.

'This is simply marvelous, why have I never attended this session before?' 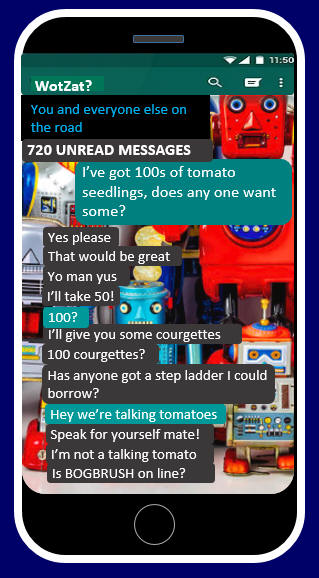 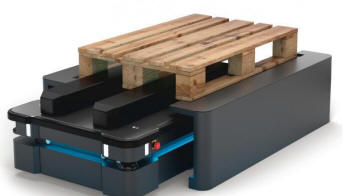 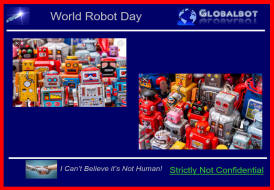 (We also need to MOVE SOME PALLETS before the shipping dock becomes terminally log-jammed).

TGB in the HoE!

WOC is the TLA. ORB to MBS and MRP in Oribal means SFS to PPC and WIP ZAP.

We need to transition Oribal DRB to ZAP ECB using EFA methodology to be in line with FPR.

SIC implementation under ARG must be BOP or else SDC.

('Have you any idea what they're talking about?' whispered GAT to Thinkbot.

On this episode we delve in depth into the answers:

-  When the seagulls follow the trawler, it's because they think sardines will be thrown into the sea

Putting his grave misgivings about the AR HERMANN font, GAT took a deep breath and hit -

GAT looked at his phone. It was a text from Helen his wife.

A drone just flew in through the back door and fitted a new door.

How did you do that? 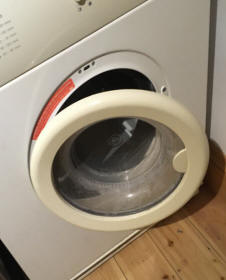 GAT had no idea how he had done that, but claimed the credit anyway

[Editorial Note: It transpired the tumblebot was connected to the Great Anorak in the Sky of Parts (GASP), an offshoot of the Internet of Things (IoT). It simply ordered up a spare itself irrespective of whatever the numbskull claiming to be a doctor thought he was doing other than at some point the tumblebot had managed to get hold of GAT's credit card details, he probably left it in his trouser pocket one time they were in the wash]

GAT had to prioritize, try to fix the tumblebot or execute his COVID-72 actions.

Consulting his notes from his recent Globalbot 'Resolving Conflicting Priorities' training course it was a no-brainer as to which took precedence.

'All hail mighty Googlepart, who knowest all and hath an infinite storeroom, grant unto thy humble servant a part search.'

'That hath matches none, re-enter thee a valid part'

GAT enlarged the exploded parts diagram until the scanned numbers were fuzzy.

Oh, silly me, sixteen zeroes then 72.

GAT started hitting himself on the head, but wait, a pop-up appeared:

What should GAT do?  [To Be Continued]

In the middle of the 3 hour Globalbot COVID-72 lockdown crisis meeting GAT's phone started playing 'Oh I do like to be beside the seaside!'

'Sorry,' GAT replied going red in the face, 'It's an emergency message from my wife.'

GAT exited the meeting room and opened the message in WotZat.

The door's fallen off the tumblebot and all the towels are still damp. 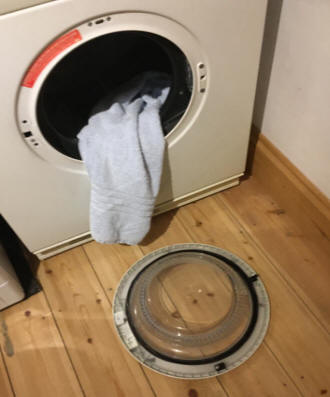 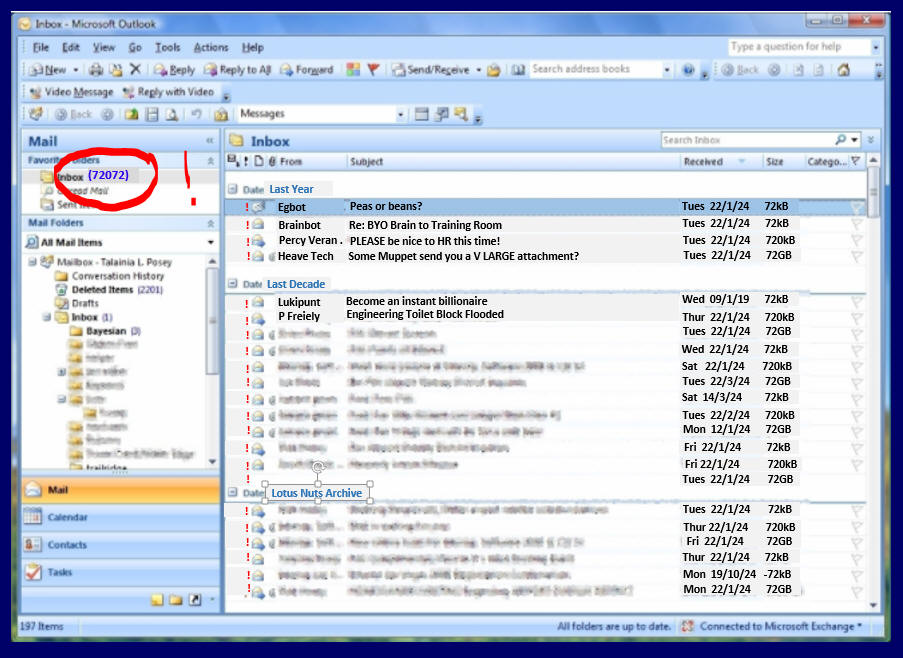 'Whatever you do, don't send this guy an email, you'd stand more chance of a reply if you send it to the Moon.'

Percy Knell, Globalbot VP of HR, cursed the new Powerpunt template as he wrestled with reviewing the training offering for 2126.

In focusing on the fussy format he failed to critically review the course content.

And thus did Course 72, the origins of which were lost in a silo, end up being included. 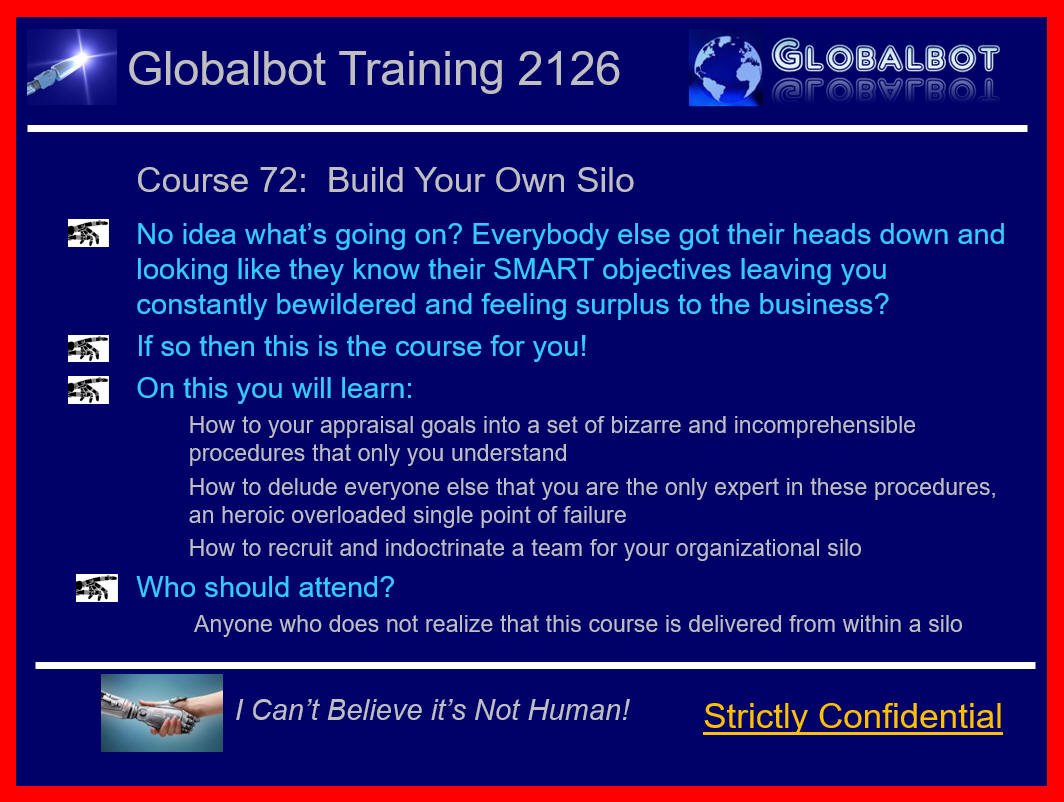 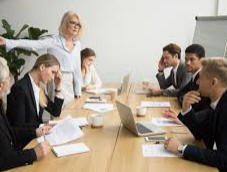 'This was supposed to be a dynamic and exciting makeover!' yelled the Editor in Chief

'Couldn't we at least have had the shape-shifter turn into a puddle or something? Or some alien-on-alien hanky-panky up the Jefferies Tube?' 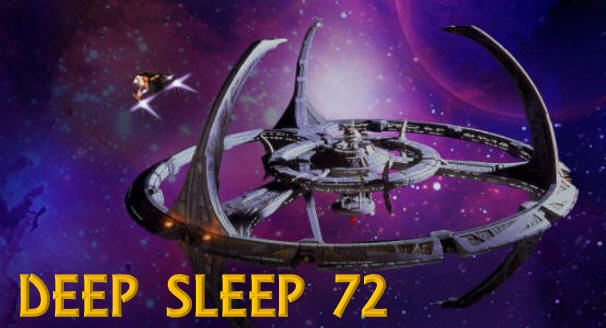 Scene:  The bridge of the space station Deep Sleep 72

Major Nerys:  Nothing to report sir

Major Nerys:  No sir, all quiet on the wormhole front

Captain Sisko:  When's the next scheduled support vessel due?

Lieutenant Dax:  The supply droid USS Spares Crate is due in 6 months sir

Captain Sisko:  Right, ok, so what are we doing today?

Crew all look at each other and shrug

The old brand was tired and dated and needed a top-down bottom-up 360o re-dynamicisation.

Going forward, the new brand is fresh and exciting, offering a coherent 24/7 market-leading 22nd century experience to the user.

Yes, it's in the spellchecker. We added it.

Why did you drop the stylish black background much-loved

Black is so yesterday with its false sense of sophistication, gravitas and authority. Blue however, is a primary colour across all models of colour space. It is the colour of the ocean and sky and it symbolizes serenity, inspiration, wisdom, and is a calming colour that engenders reliability. 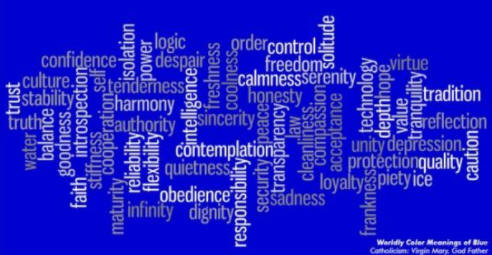 was silly and childish and we had numerous complaints. It belongs in the dustbin of fonts alongside

Why are there multiple shades of blue?

What? There are multiple shades of blue? Where? They should all be

Will all our old favourites still be on the rebranded site?

They'll be replaced by improved equivalents. The ghastly and fake news-ridden Robotic Bungler has already been superseded by the far superior Daily Droid, with best of breed editing. Watch out for our exciting new Star Trek Deep Sleep 72 posts!

What is the significance of 83?

Will anything be missing from the rebranded site?

Yes, BREXIT! It's all sorted! 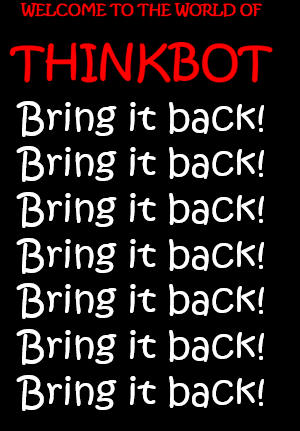 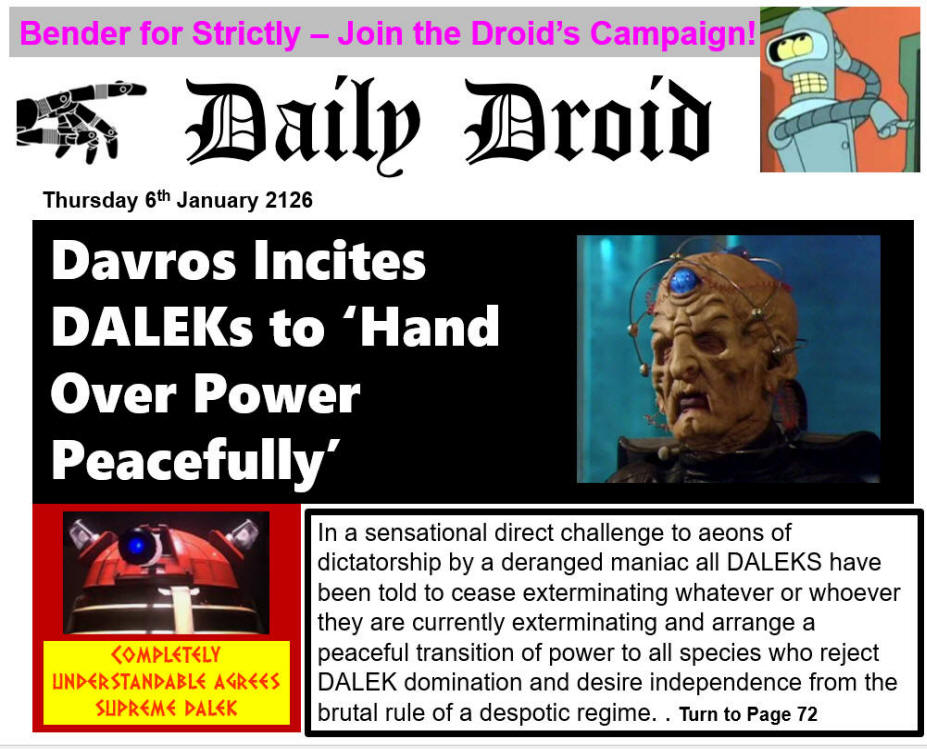 We're getting there . . . just need a new image for Globalbot 'I Can't Believe it's not Human!'

Come on, get a grip!

Welcome to the World of

Please bear with us we try to de-bungle our rebranding launch.

Plenty of time over Xmas to conjure something new that would get punters gagging for intimate encounters with Globalbot robots.

But there are so many menus and sub-menus that became increasingly baffling after a fwe berrs and dRams of snugle matls. ..  . .

Apparently we're only treading where others have trod before

Damn and blast! This is the logo from before the previous one or even the one before that, and where's this bl&*dy dreadful pink font come from???