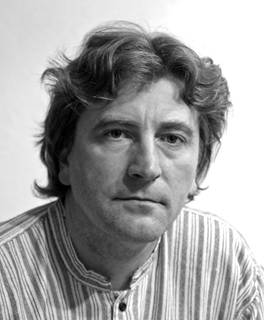 This may seem difficult to believe, but every anecdote, story and crazy email in Thinkbot contains at least a grain of truth. Of course, in many cases they have been embellished or extrapolated to their logical (perhaps illogical) conclusion. However, many have not. For example, in the midst of a frantic period at work I really did receive an email (sent to everyone on site) pointing out that nearly all the teaspoons had gone missing.

The characters in the book are composites of the multitudes of delightful people I've met in university and industry over the past 21 years. I was lucky enough to spend eight years in universities (University College Cardiff, Bristol University and University of Tennessee Knoxville (GO BIG ORANGE!)) Likewise British Aerospace (Filton), Plessey which was taken over by GEC-Marconi, then Electrotech which undertook PMT to become Trikon (the only firm in history to have a warning Triangle as its logo), which then 'merged' with Aviza which was bought by SPP and re-merged with STS to form SPTS which was then acquired by Bridgepoint (are you keeping up?) which sold SPTS to Orbotech.

No offence is intended towards any individual. My feeling is that in industry people get forced into role-playing by the pressures of the job. If, perchance, I swapped with someone I'd take up their position and they would take up mine. After which we'd have the same old arguments in reverse!

I've been through multiple mergers & takeovers in my time. They certainly make for an interesting life. Mergers remind me of makeover telly. A couple take on an old house with a £20K budget and a 3 month project plan. £100k and 6 months later and they're still only halfway through.

I've been lucky enough to work with some superb scientists and engineers over the years. My sole piece of advice is never be afraid of having people work for you that are better than you. If you do the opposite then whatever the you attempt cannot exceed your own personal abilities.

I've also been through enough rounds of redundancies to lose count of how many (it's at east 10). Thus far I've survived them all.

So, all in all, I'm proud to have played a role in all of:

With regard to robotics, I've worked for over twenty years in a group that has developed automated equipment for plasma etching of films on wafers of electronic material (mainly silicon , but also GaAs, InP, and quartz). If there's one thing I've learned during this time it's never try to explain to people what you do, especially at parties after a drink or two, even if they insist. Just tell them you work with extremely toxic gases, high voltages and electromagnetic fields, and that it's almost certainly contagious. What can happen at this point is that a gorgeous brunette who has been listening in the background will suddenly laugh and confess she works for Edwards, or Adixen, or MKS, or (perish the thought) LAM, STS or AMAT and would like to discuss things further . . . . .

I hold to my flippant comments on the Robots page - if you think PCs and ICT revolutionised the world then just wait until domestic robots become commercially viable. The changes will beyond our imagination. Any physical task currently undertaken by a human will be performed better and cheaper by a robot. This has already started in industry. We have all seen automated car production ads, e.g. the Citroen (or is it Peugeot?) Picasso ad. Within a few decades similar robots will invade every walk of life: domestic; medicine; distribution (road and rail); gardening; building; care of the elderly; schools. And don't forget 'Phantom' robots - i.e. sophisticated programs that will take over the donkey-work in accounting, banking, tax, giving rides on Weston beach.

What on earth are we all going to do?

And when I'm not reading or writing I'm going to play badminton, or make Cappuccinos, build trainsets, or walk the South-West coastpath.

Great huh? Maybe there is more to life than materialism after all?

Back to the Book     Thinkbot Home