The Rise of the Machines

Portishead may seem an unlikely venue for robots to rise up and effortlessly crush humanity between their mechanoid fingers, and it's an even less likely spot to host the awakening of a semi-Christlike android on a mission to teach humans about being, well, human.

"But," says author and, yes, Portishead resident, David Tossell, "if it's going to happen anywhere, why not Portishead?"

The PhD physicist and robotics engineer has a point and his funny, furious and fast first novel, Thinkbot, makes it rather well.

Technology is everywhere, in our homes, cars, shops, credit cards and it's growing ever more powerful. One day technology is going to be everything, and by then it might just be powerful enough to start making its own mind up. What then for us humans of little brain?

"we never really see the consequences of of technology," says David. Giving evidence from his family home atop a hill in Portishead he testifies that while we welcome new technology, especially the creation of ever more powerful robots, we don't always look to the big picture. Like what's going to happen to the people robots replace.

"Only the future can tell but there's no turning back, it just keeps moving forward." 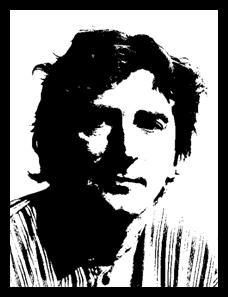 The paradox if that new technology is created to make human existence easier. But new technology replaces the need to employ humans. One constant equation of life is that we exchange labour for money. So what if what if we are rendered surplus to requirements by technology, by robots, what have we left to offer in exchange for money? Nothing.

But, he also believes, there is some light at the end of the tunnel, and it's not necessarily from a robot-driven train.

"My feelings on that is that humanity has managed to put itself in this situation on a number of occasions throughout the centuries. The transition period is the difficult period, of course, but society adapts. If you go back 100 years there were vastly more people doing labouring jobs where now the workforce has advanced and adapted and become more skilled in different areas. What's perhaps different this time is that we're creating intelligent machines that are becoming more intelligent than certain sectors of the population, which is going to cause problems. That's a new factor.

What tends to happen when a workforce is replaced by machines is that people go off and find a different job. Think of the number of of lorry drivers currently working on the motorways. I should think that within a generation that job will be completely automated. There won't be a need for truck drivers. What truck drivers are going to do instead of driving trucks, though, is the big question.

The intelligence evolving in machines is illustrated by Moore's Law.

This says that every year to 18 months the processing power, the speed and intelligence, of a computer doubles. For instance, in 1971 Intel created a computer chip that contained 2,300 transistors. slow and not particularly powerful, but enough to make pocket calculators commercially viable. Ten years later the first home PCs were introduced to the market by IBM. Inside these was an Intel chip with 30,000 transistors, real computing power was available on a domestic scale. Ten years after that Intel released its Pentium Processor (the one with the annoying musical trademark in the TV ads). This was a chip with more than three million transistors. In 2000 Intel's Four boasted 42 million transistors and so on. Moore's law is proof that technology changes all around us at a steady and constant rate. By the time we stop and think about just how quickly we adapt to and become dependent on new developments, that new technology is quickly superseded. It won't be long until the amount of processors on a single computer chip matches and then beats those organic switches that make up the human brain.

It does seem a rather bleak scenario, even if you don't drive a lorry. "But", says David, "you have to ask what it is that robots can't do. I think there will be more leisure time, people will be doing more creative things like writing, and spending their money on each other to be creative."

But how will be able to afford to do that? Where's the money in reading all those books you never had time to get around to in the past? 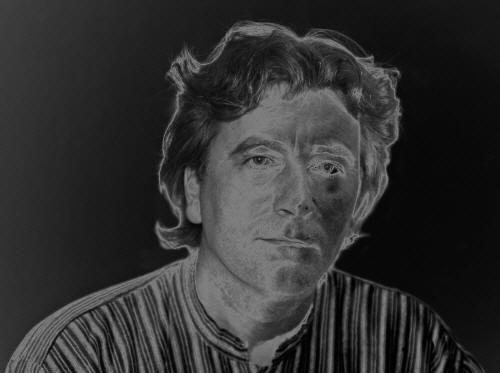 "Well, you could have argued that after the industrial revolution, money is almost a constant, it's the sense of value and it will find a different way of investing itself in people doing things.

"It's people doing things that makes the economy run and we will adapt to find new ways of running the the economy, I don't doubt that. It's just that you get these interim periods where you almost scrap a generation of workers; morally and ethically that's difficult to come to terms with.

"If you're a truck company and you tell your staff: 'We don't need you anymore, we've got robots and we're retiring you at 45, with no pension, bye' it's difficult to readapt in those circumstances.

"Mind you, in the future, with so many robots, you might not need a pension, Many services that pensioners have to pay for now they won't if a robot is there to provide them. There's a whole branch of research going on to try and give personalities to these machines so that they can sweep up after you and provide company."

A vacuum cleaner that ask after you, it's an amusing thought and brings us rather neatly to Thinkbot.

The world of David's first novel is just around the technological bend.

It's a society serviced almost entirely by robots. Machines do the gardening, change the light bulbs, clean the houses, drive the buses, fight the wars of the not too distant future.

Mankind has become reliant on robots, takes them for granted. So much so that basic human values of friendship, wonder, trust and love are starting to erode and fall out of practice in a world where every whim is catered for automatically.

Into this seemingly utopian, but in fact somewhat dystopian, brave new world, arrives Thinkbot. From the outside he's like any of his counterparts lifelessly whirring along the factory production line, before a final inspection. a flick of a switch and a dispatch to serve some sector of society without question.

Except, by accident rather than design, Thinkbot is different. Something, a technical glitch, fairy dust or a spark of, life, has caused Thinkbot to be. He can think for himself and , therefore, is.

As far as Thinkbot is concerned he is human. He gets jokes, does a nice line in spontaneous sarcasm, is sensitive and full of wonder. He has what no robot has so far never had. Empathy. A quality that is much needed as the world totters on the brink of a devastating war to end all wars.

"The premise of the book was that unlike fictional robots that understand what it is like to be human and gradually long to be human, like, say Data in Star Trek, Thinkbot is the reverse of that. He's a tin can, he doesn't even look human but has no doubt whatsoever that he is human. He's more human than humanity.

"He's like a teenager, actually. Teenage readers of the book, I'm told, seem to identify with Thinkbot's view of the world. There's a naivety and an innocence about him, but he's also wise and questioning. It's a funny, satirical book aimed at all ages that through machines asks a basic philosophical question: What does being human mean?"

Writing the book has been a cathartic experience for David.

"I've always enjoyed writing, even though it's things like scientific papers, I like making a nice, concise. well-written document. I enjoy that process, writing about quite a difficult subject in a way that people can understand and enjoy.

"It was a time of tremendous stress at work, the hi-tech industry relentlessly stressful, there are regular bouts of redundancies and takeovers. I thought if there was one job I'd like to do if it all went pear-shaped it would be a writer. Two and a half years ago I had my annual review at work and I came out of that feeling . . ." David's facial expression tells you how he was feeling, " and that evening I just started writing."

For the next nine months he hammered out the novel, he didn't have a plot, rather a destination. and the book began to write itself.

Characters and scenarios are partly based on David's own friends, family and work. "Parts of the novel are set in Filton and Portishead and The Mall, I was writing about what I know and expanding on it."

Writing the book became a bit of an obsession.

"I'd just disappear up into the loft extension and write into the early hours, I'd forget to eat, to drink, I became totally absorbed in it. My wife must have wondered what I was up to, but she and my two children were incredibly supportive. They knew it was important to me and it was helping me get through stressful times at work. I was filled with all this negative energy from that which writing the book released.

"I found the experience of doing it thrilling, actually. And it had this amazing effect, refreshing effect. Publishing it and getting it out there put me in touch with friends and family I hadn't seen in years. It was brilliant to to just do something different and be in control of it. It's easy to be stuck in a routine. You go to work every day, you come home, you play badminton once a week, watch the football. I wanted more than that."

So the man who wrote about a robot that thinks it's a man was in danger of becoming a robot himself? "Hmmmm . . . more like a cabbage."